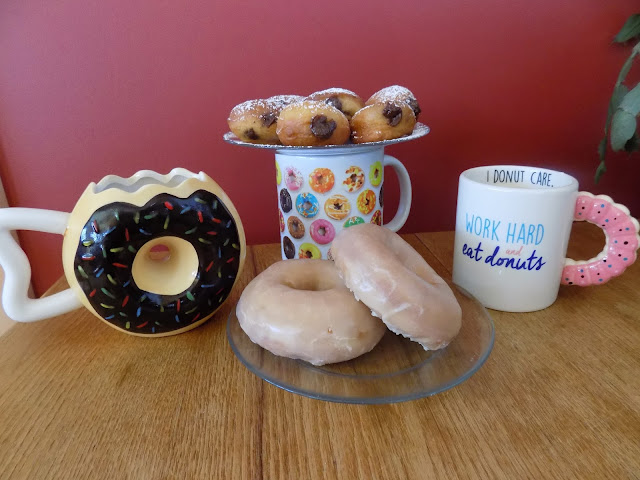 Here we are with our first ever blog post - and it's so fitting that it's about donuts. Who doesn't love donuts, right? Only people who are wrong, that's who.

We might be a little donut-obsessed. Or maybe just food-obsessed. With a particular soft spot for donuts. We're just two girls who love to cook, bake and eat - especially eat. That's what Fat Fridays are all about! We'll be coming to you every week with our Fat Friday eating adventures. At least, every week that we can motivate ourselves to get these photos taken and blog posts written. We'll do our best.

So - week one - yeast donuts! The best kind, hands down. And absolutely the best when you eat them hot, just out of the frying oil, and freshly glazed. They melt in your mouth, people!

Want to make them yourself? You can do it! We've got the step-by-step breakdown for you here, complete with pictures.

I'm gonna throw the recipe here first for those of you, like me, who hate having to scroll through all the pictures to find the ingredient list. After you scan through that and see what you need, keep on going to see the process in action. Plus, more photos of donuts, and who can say no to that.

Ingredients:
For the glaze:
Ready for the step-by-step pictures? Don't blame me if they make you drool and crave donuts RIGHT NOW.

Dough is ready for its first rise! 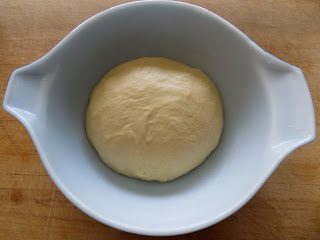 It has risen once for half an hour and has doubled in size.
We know it's ready to roll since Katrina's fingerprint isn't disappearing. 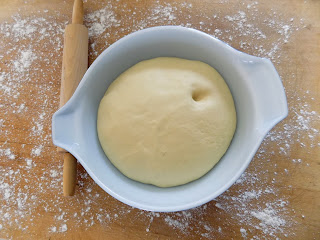 Roll out until 1/2" thick. Use LOTS of flour for rolling so they don't stick!
And it helps to twist the cutters to get a nice, clean cut.
Try to cut efficiently so you don't need to re-roll dough. It is so elastic that re-rolling is very tricky. 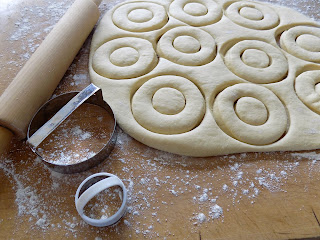 Let your cut donuts and donut holes rise for another half hour.
Look at these beauties! They're huge! 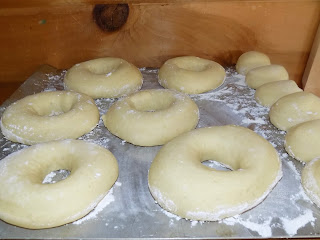 Be careful placing your donuts in that hot oil.
Keep them in for about 30 seconds per side, then flip. 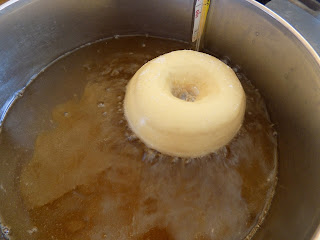 Doesn't it look lovely? They'll brown for another few seconds
after you take them out, so be sure not to overcook them.
Take your first one out and cut it open to see how long it takes to cook through. 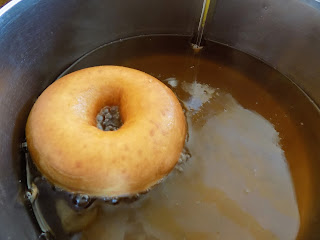 Look at these gorgeous donuts! And they're not even wearing their fancy, shiny glaze yet. 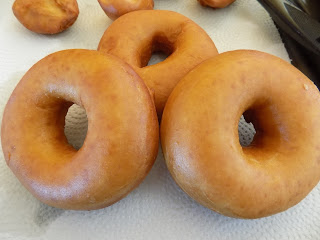 Now they're all dressed up and ready to go...straight into our bellies. 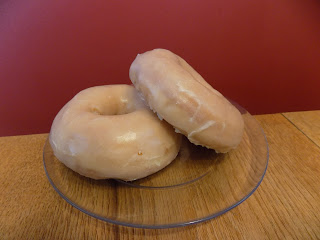 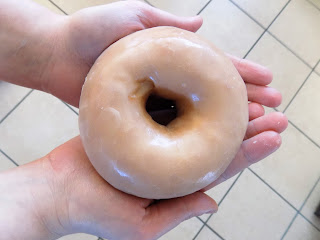 What do you do with oversized donut holes?
Stuff them with Nutella and sprinkle them with powdered sugar, obviously! 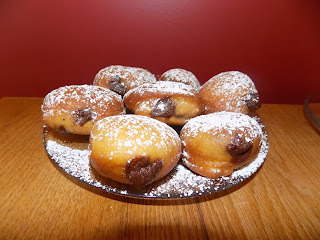 Do we own too many donut mugs? The answer is definitely NO. 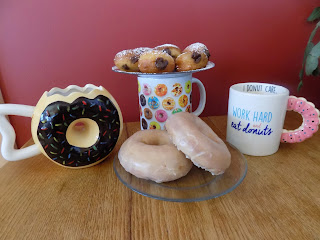 Check back next week to see what delicious food we are baking and eating!
Get in on the Fat Fridays Forever fabulousness by following our spanking new blog!
Yum
Reactions: 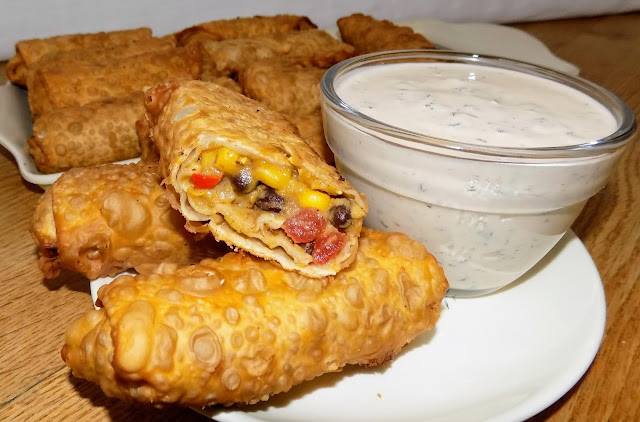 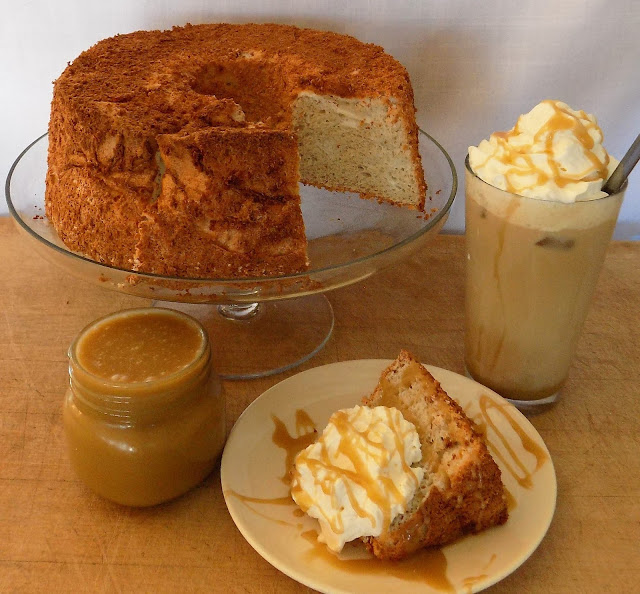 FatFridaysForever
We decided to start this blog to justify all of our cooking and eating. And to share all of our tested, delicious recipes with you!